The Panzer AR12 shotgun is normally an AR-15 shotgun and there aren’t many of those on the market. Being such a niche gun definitely adds to the appeal of this gun but it’s so interesting and affordable, It can’t be imagined who wouldn’t want one. Picking this gun up is very much like picking up your standard AR, even in its heaviness. The pistol grip, semi-adjustable synthetic stock, and full rail totally hide the fact this is actually shotgun. Experienced shooters will testify that this gun is more than just basically AR15. 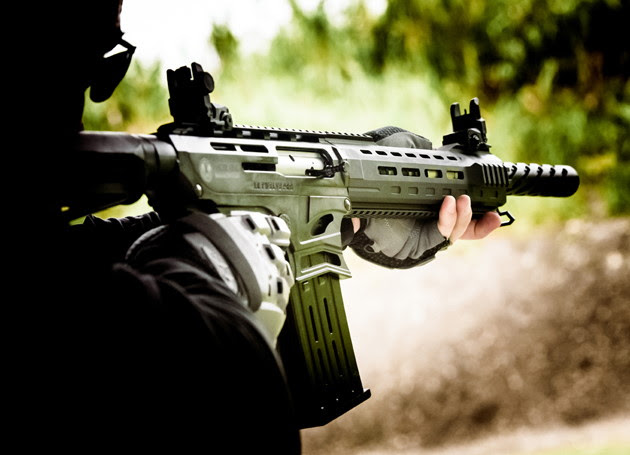 The controls are intuitive and functioned perfectly. It is easy to load and unload and the handling is fantastic for shooting slugs. In practice, many really think this gun has the potential to be a great home defense gun. While it’s all fun and games at the range, this showed real potential for use as a defensive firearm. The AR12 shotgun is loved by many and think there are many defensive applications for them. However, the Panzer AR12 gives you that but adds the control and tactical benefits of the AR-platform.

The reason for people’s great love for the Panzer Arms AR12 Shotgun is that there are multiple attachment points including swivel mounts because it really gives this gun a tactical edge. Panzer understands that while this gun is fun to shoot, it does indeed serve a functional purpose.

The Panzer Arms AR12 Pro was not as exciting as it hoped as it’s remarkably similar to the standard model. The primary difference is that the AR12 Pro features slightly different rails and an aluminum alloy receiver. While this may not seem like much, it does have a slight effect on performance. The added 3 pounds of weight of the reinforced receiver will help the firearm last longer but it also helps add stability and give the gun a more solid feel. Definitely you wont be disappointed with Panzer Pro

If you think the original Panzer Arms AR 12 is a Frankenstein kind of gun, then meet the Panzer BP12 – The bullpup version of the AR-15 12 gauge shotgun. Like the AR12 and AR12 Pro, the BP12 is a tactical masterpiece with all the bells and whistles you’d want in a gun like this if you ever imagined such a thing.

Starters love bullpups because they’re super reliable, ergonomic, tactical, and fun guns to own and shoot. One of the most interesting components is that this baby is only 30″ long but has a 20-inch barrel. Yes, that means that there’s only 10″ not part of the barrel meaning this gun makes use of its space like a packrat in a studio apartment.

However, shooting the BP12 is surprisingly comfortable and intuitive if you’re at all familiar with bullpups. I really like that it’s ready to handle all kinds of optics and attachments plus it’s got built-in sling points and an angled foregrip which gives the gun superb handling. It’s a very natural feel that fits this firearm nicely. Plus, it’s an ambidextrous-friendly gun so they really put some thought into the controls of this system.

You’ll also notice that, like many bullpups, this long gun is supremely balanced which makes handling the gun that much easier. I also want to mention the stock with its adjustable comb and comfortable buttpad. This gun needed a top-notch stock and I think Panzer did a fairly good job with it.

At the end of the day, the accessory options for the Panzer Arms AR 12 are nearly endless. They placed attachment points all over these long guns and made it one of the most tactical-friendly firearms on the market. These are definitely niche guns but they are functional, affordable, and a blast to shoot. 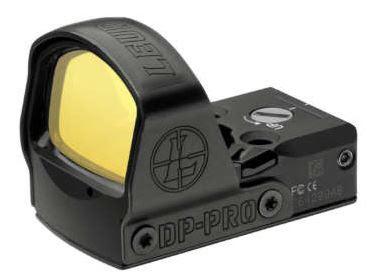 You can search for shotgun accessories or rifle accessories if you want to buy Panzer Arms and you’ll find just what you’re looking for. Between lights, lasers, grips, and more, there’s no limit to how you can deck out your AR12. Personally, I think a side-mounted laser light is a sweet set up and it’s hard to beat Streamlight and their many tactical options. A reflex sight is also a great choice for tactical shooting with this gun and the Leupold DeltaPoint Pro Sight is one of the best money can buy.